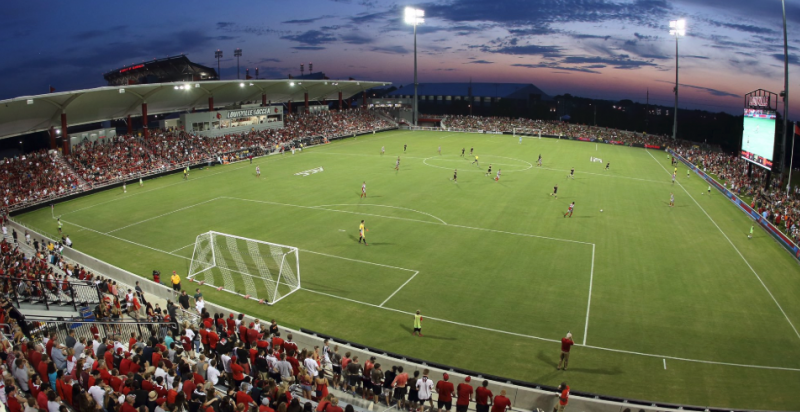 The United States’ women’s national football team has dominated world football for decades. In the last eight World Cups, the United States has won 4 of them and been in the finals or semi-finals in ALL.

How is it that the United States still develops so many top players? College soccer is one of the main reasons for this.

The majority of US national team players have developed through the American college system, and now we see several other nations, including England, where a number of national team players choose the college path as well. During the World Cup in France in 2018, as many as 11 current college players played in the tournament. (READ MORE)

About 1,700 universities in the United States have a women’s soccer team. These teams are divided into five different divisions. The most common divisions are NCAA D1, D2, D3 – in addition to NAIA and NJCAA (READ MORE about Junior College/NJCAA). These many divisions and teams have different levels of quality and there is a level for EVERYONE. If you want to continue improving/competing and become a professional, there are a number of perfect schools. If you only want to continue playing actively for a few more years while studying, then there are also schools that suit your level of commitment. The top teams in NCAA D1 compete at an extremely high level of quality, so there are only a select few players who are “too good” for College in the USA.

One of the most unique things about women’s football at College is that you can receive more scholarships than boys. There are gender equality rules (READ MORE about the law change that started the US revolution) which says that the women’s teams can receive up to 14 scholarships per team in D1, while the boys have 9.9 scholarships per team. Also, in NCAA D2, girls receive more scholarships than boys. This makes the probability of very low costs much more realistic. The fact that there are also more schools with football teams on the women’s side than on the men’s side increases the probability of more opportunities and good scholarships. In certain schools, a good scholarship over 4 years can have a value of more than £100,000!

Combining football and studies in the U.K. and Ireland can be very challenging. This has, among other things, appeared in several news items in recent years concerning women’s football in the UK & Ireland. This is one of the reasons why the sport has a large drop-out rate in the early late teens and early 20s. Many people feel compelled to choose either football or studies.

In the United States, things are the complete opposite. The universities will tailor a scheme that will allow them to continue investing in you as an athlete and your football, while at the same time working towards obtaining a University education. The facilities and arrangements around football will also be several levels up from the “normal” in the UK & Ireland.

In other words, college in the USA is something many more talented football players should consider. It’s an exceptionally high level, a fantastic opportunity, incredibly fun, and a once in a lifetime opportunity!