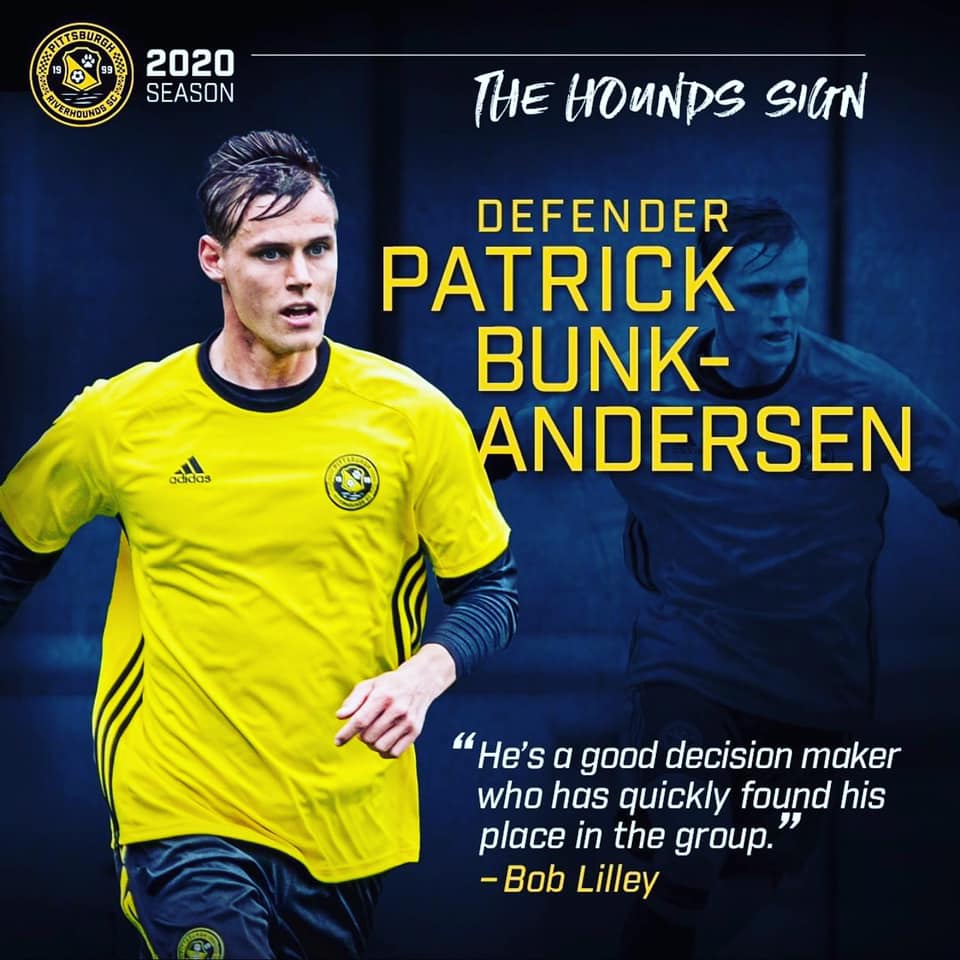 Patrick Bunk-Andersen continues his american soccer career at Pittsburgh Riverhounds, where he this week signed a one year contract with the USL Pro club. the 25 year old Dane has been signed from Toronto FC after a year with the club after the MLS draft 2019.

– Patrick reads the game well and is comfortable with the ball at his feet. He’s a good decision maker who has quickly found his place in the group.”

Patrick Bunk-Andersen was last year, drafted by the MLS-club Toronto FC in the American college draft. Prior to the season with Toronto, Patrick spent four years at Clemson University.

During his stay at Toronto, Patrick scored five goals in 28 games for the reserve team in the 3rd highest league, USL.

In Denmark, Patrick Bunk-Andersen represented Hvidovre IF and Skovshoved IF, before he moved to college in America where he also got his bachelor degree.