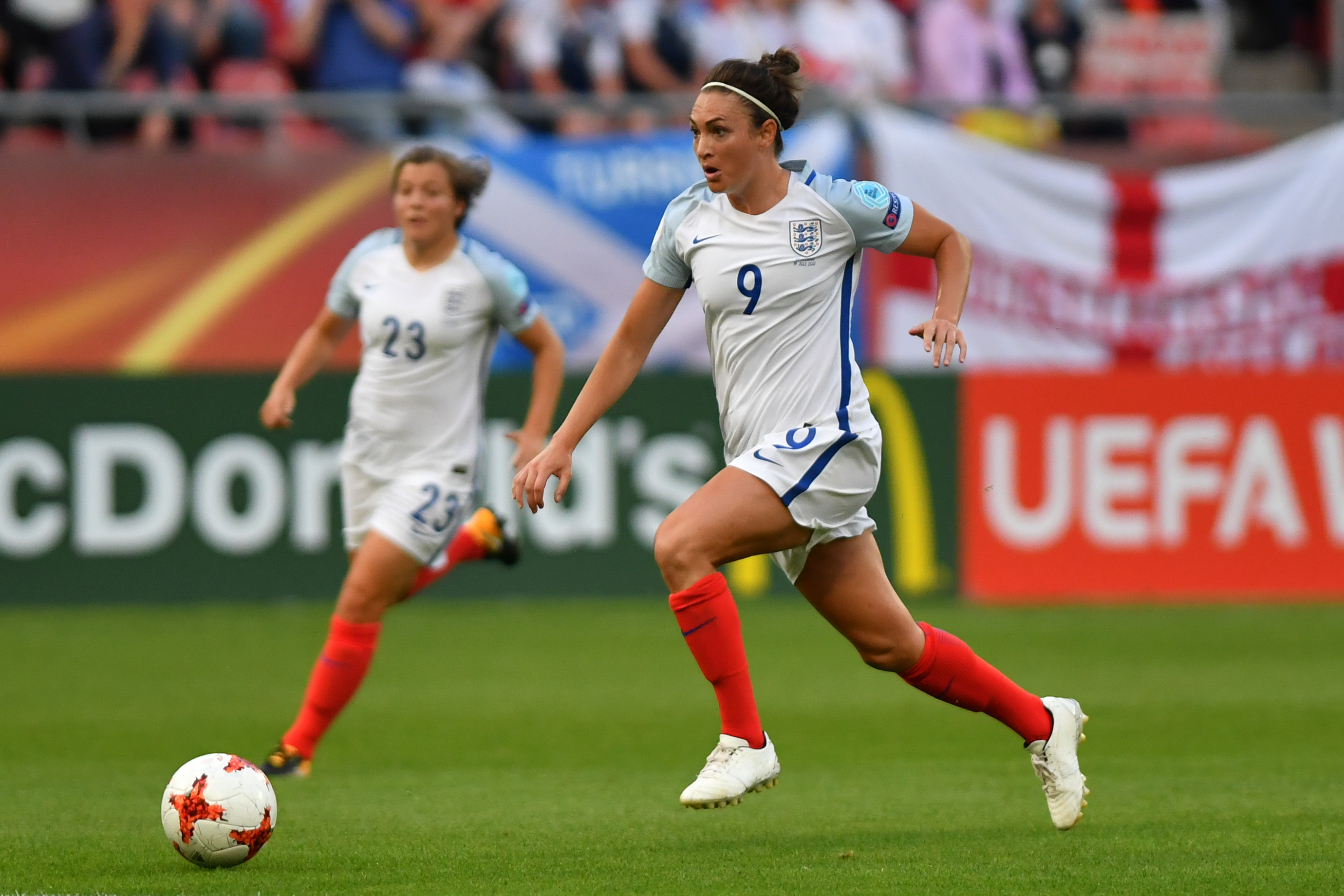 Jodie Taylor is set to make her second appearance in a major tournament for England this summer as they take to the stage in the FIFA Women’s World Cup in France. But how did the ionic number 9 get to where she is now?

Jodie started playing for Tranmere Rovers before accepting a four-year soccer scholarship to attend Oregon State University, where she obtained a Psychology and Sociology degree. During her college soccer career Jodie was known for her goal scoring ability holding the record books with 47 goals in one season. She also earned Pac-10 First Team honours four times as well as winning the NSCAA Far West All-Region honours three times.

Since her student athlete days, Jodie has since gone on to the international stage playing for England and receiving 42 caps to date. She has played for 14 different clubs over 5 different countries (England, Sweden, USA, Australia & Canada). She has also become one of three English footballers to stamp her authority in the game by scoring a hat trick in a major tournament, alongside Gary Lineker & Geoff Hurst. Her worldwide experience and journey has been incredible and we are excited to see if she can come home with the golden boot this summer, just as she did in the Euro 2017 tournament.

When Taylor was interviewed in 2016 regarding her college soccer experience, this was her response:

“The people are so friendly, encouraging and positive about women’s football. I picked up on that in freshman year. If someone made a bad pass there was never any raised voices. People would just say “don’t worry”. I found that strange at first, but it made me a more confident player; the fact that I could try stuff and almost be allowed to make mistakes”.

“The mentality over here is phenomenal and that’s why I believe they are world champions. Even at club level over here, a training session is just as intense as it would be at international level. Even though some players might know they will never have a chance of playing for the national team they will still give it everything in training. It’s contagious and it has had a massive impact on my game”.  – Jodie Taylor